Upgrade with new parts at the Lamborghini factory 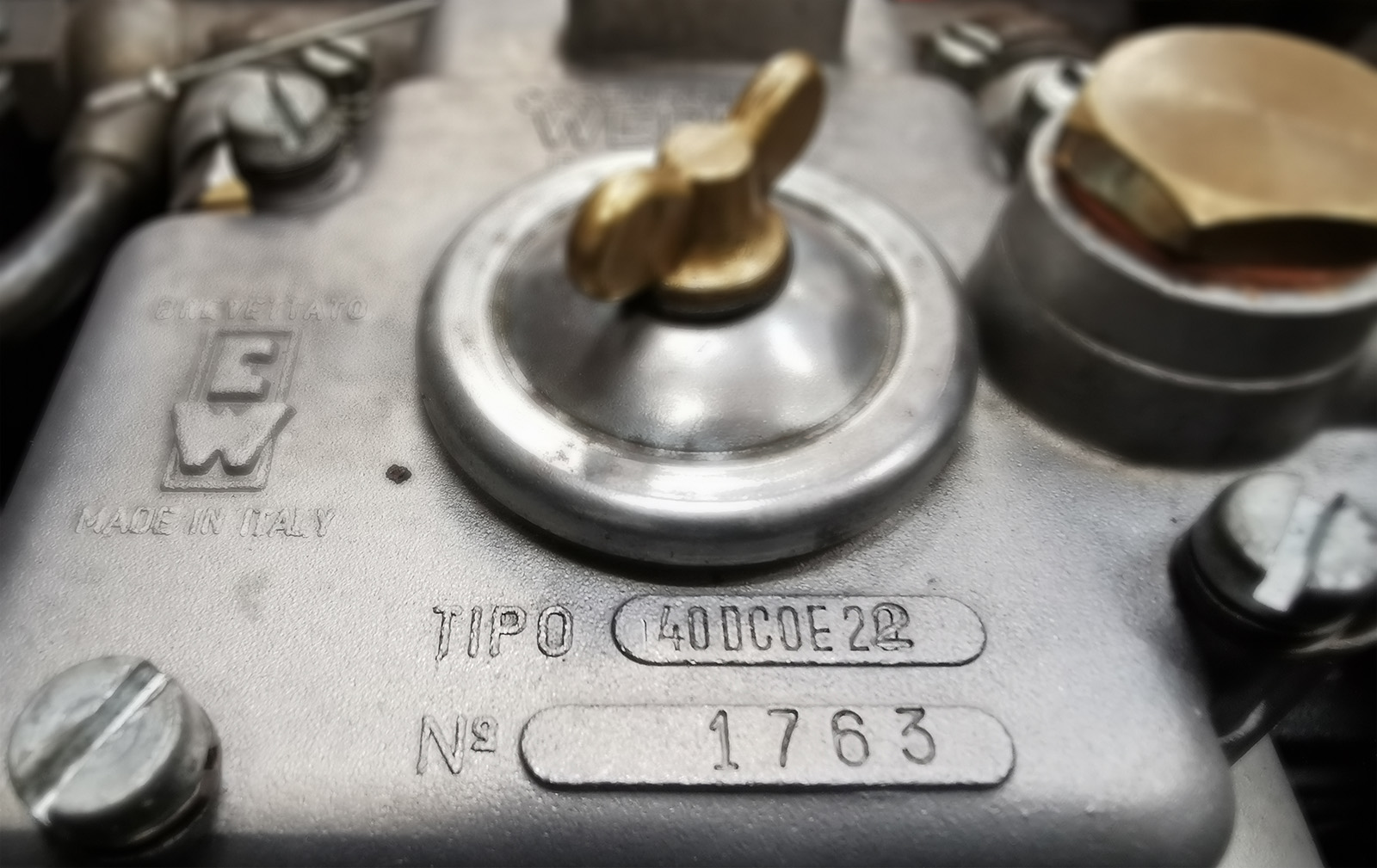 According to the second owner the car was at the Lamborghini factory for a major service and an upgrade of “all inner engine and gearbox parts + suspensions + brakes + power steering “. I do not know when exactly this was done and I do not have any documentation for this work.

But it sounds plausible as the engine and gearbox has always worked perfectly as they still do today. In addition, the car has visible improvements from the Series II / III such as the Girling MKIIb brake boosters, ZF power steering and rejetted carburetors and all this make it likely that it has had a major upgrade at the Lamborghini factory.

Rejetting of the Weber carbs

Normally it is not an advantage to change the venturi / choke / jet size since engine manufacturers have already chosen the optimal composition. Contrary to popular belief, a larger carburetor or jets usually does not provide better engine performance. But if conditions change in the engine (eg camshafts, porting or compression) then it will be worthwhile to change ventures and jetting.

Changed type numbers on these carburetors pictures below could indicate that the engine has been upgraded / optimized for a higher performance, but I have no documentation for this.

Each side/row has a different type number because only the left side has the choke mechanism for cold starts, besides that they are identical.

Series I Espada’s came with Girling brake boosters of the MKIIa type. The replacement for this model called the MKIIb came on the market in 1969 and was first officially used by Lamborghini in the early 1970’s when Series II was introduced. So this is most likely an upgrade on this car.

Power steering was tested on some SI cars and became optional with SII, but was not standard before the introduction of the third and final series.

However, I have seen several SI espads with ZF power steering, so maybe this was a popular upgrade, or it was actually fitted at the factory originally to a higher extent than much literature describes.

So it is difficult to assess whether the power steering in this car is original or retrofitted.

Several motoring journalists in their reviews appreciated the introduction of power steering as the Espada with its heavy engine located just above the front wheels could well be something heavy to maneuver in a tight parking lot. But once it is up to speed, one should not notice any difference between the versions with and without.

A Japanese-made electronic ignition system doesn’t really belong in a vintage Lamborghini and I really intended to unplug this (which is easy), but I have to admit that I have become extremely fond of it so I have chosen to keep it.

I can’t imagine this upgrade was done at the Lamborghini Factory and the UTI-6000S System from the Japanese company Ultra Electronics Inst. Co. Ltd. is probably installed sometime in the 80’s or 90’s.

This system has a good reputation and is still used today for the conversion of classic cars and should give the car a higher torque, smoother engine running and easier start. Through the 17 years I have had my Espada with this system the car has always started easily and the engine has run smoothly. So I keep this ignition system for convenience even though I usually prefer to keep the car as original as possible. Fortunately, it is easy to remove if I have to change my mind one day.