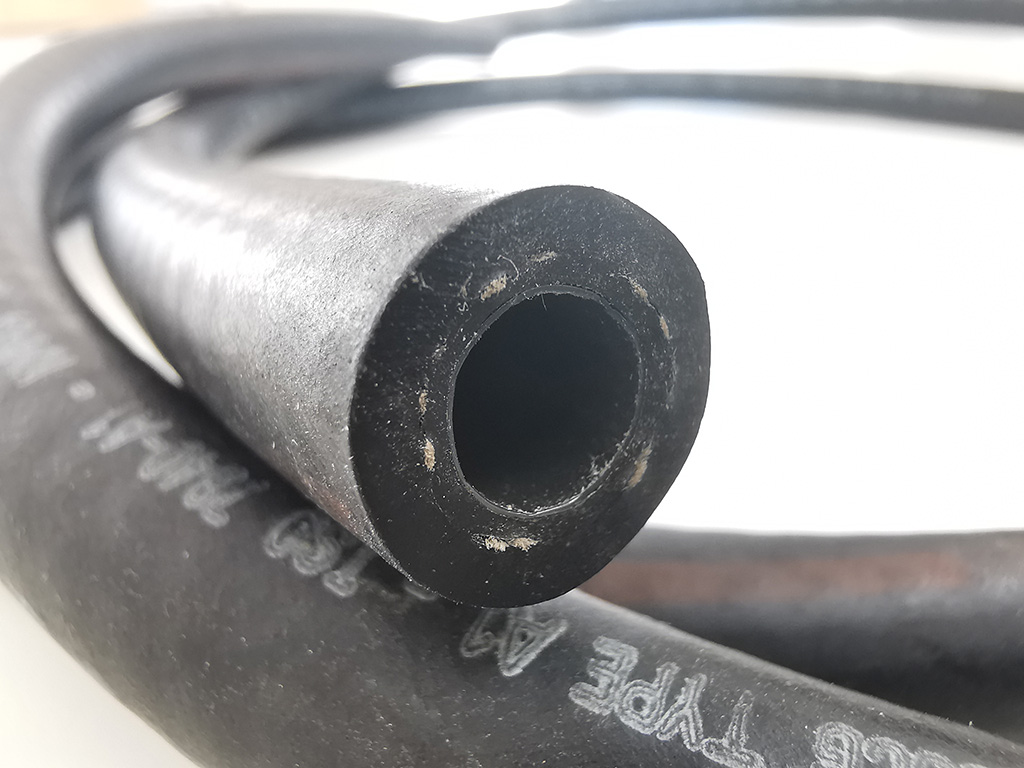 A closeup of the new multi layered low permeation fuel line from Trident Marine which is a good choice for “in-cabin” fuel hoses.

After driving the car the 1300 km from Switzerland to Denmark it was clear that something had to be done about the smell of gasoline that was in the cabin. It is not uncommon for old rubber hoses to become tender over time so it is always a good idea to replace them before they get too old. The smell of gasoline in or around a car must always be taken seriously and rectified immediately.

The old hose was in visually good condition and there were no signs of leakage or tenderness, so I don’t actually think that it was that old but it was most likely a cheap type that was not intended for running inside a cabin.

There is a big difference between how permeable fuel hoses are and even the very best are not 100% dense. Therefore, I would highly recommend marine grade fuel hoses which are intended for installation through living cabins. These are very close to being 100% dense and has the best  the best fuel, fire and age resistant.

So I went for the Trident Marine A1 #365 a which is a good replacement in size and flexibility, and as soon as the hose was replaced, the smell of gasoline in the cabin disappeared.

So if you have gasoline smell in the cabin and cannot find any immediate leaks then it is most likely your fuel hose that does not have a sufficiently high barrier to vapor penetration.